When our children were very little we rented an apartment in Montmartre several times. There was a small park nearby that we often visited and let the kids play. We noticed a mural on one of the walls in the park, but didn't give it much thought. Probably because we had toddlers and were at that point where you had to keep your eyes on them all the time. Recently, I was at the park reminiscing and realizing our kids are now way too big to play in it. But that day I finally stopped to take a look at the mural. I become conscious that all the writing was "I love you" in a variety of languages. Frédéric Baron and Claire Kito designed the wall to include "I love you" in 250 languages over 612 tiles. What I found most moving about the artwork was the red splashes that the artists chose to symbolize the broken hearts of humanity with the wall created as a way to bring them back together. It is in the Square at the Place des Abbesses just behind the Abbesses metro stop. I can't believe it took me almost ten years to stop and admire the "Mur des Je T'aime". It makes me wonder what else I have walked by without noticing? I will take it as a reminder to occasionally slow down and enjoy what is right in front of me.

P.S. The park has a play structure which younger school age children and toddlers will enjoy as well as benches for weary parents (and anyone else who might need a quick break). 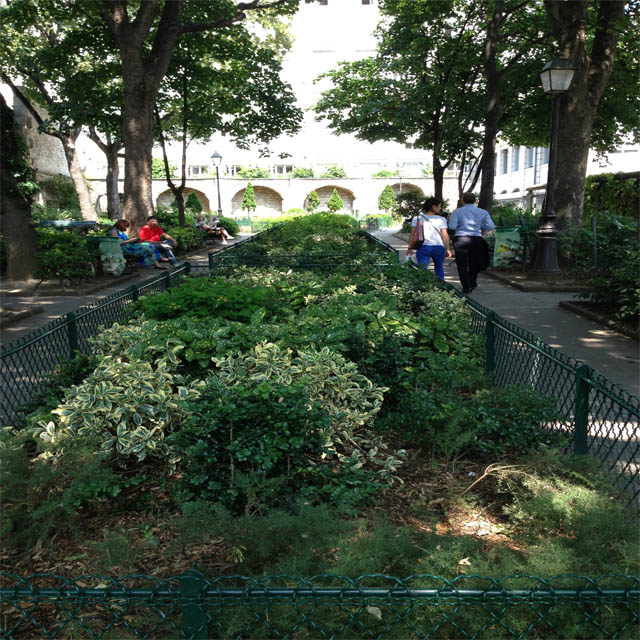