One of my favorite tours that I took in Paris was of the Palais Garnier (8 Rue Scribe, 75009). Not only is it gorgeous (and just a stone throw's away from the grand department stores), it has an intriguing history.

Napoleon III was responsible for the plan to build a new Paris opera house with Baron Haussmann determining the location in 1858.  A competition took place to choose the architect and somewhat surprisingly Charles Garnier, a little known 35-year old was unanimously chosen in 1861. A terrible fire destroyed the existing opera house (Salle Le Peletier), so the building process for the new opera house was expedited and it was officially inaugurated in 1875. 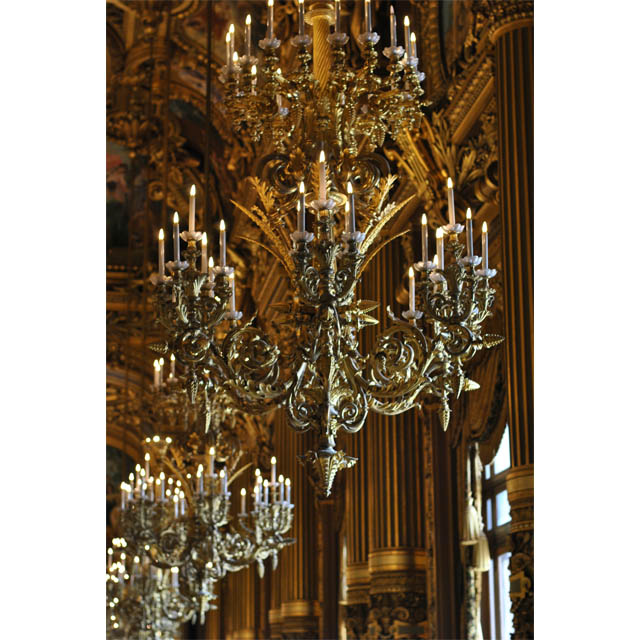 What I found fascinating is that the site chosen by Haussmann had unusually high groundwater. Although most of the water was drained during the building process, a legend was born that there was an underground lake beneath the opera house. This legend served as inspiration for Gaston Leroux's "The Phantom of the Opera". Today a stone water tank beneath the opera house keeps any additional water from rising up through the foundation and at the same time the tank stabilizes the actual building. 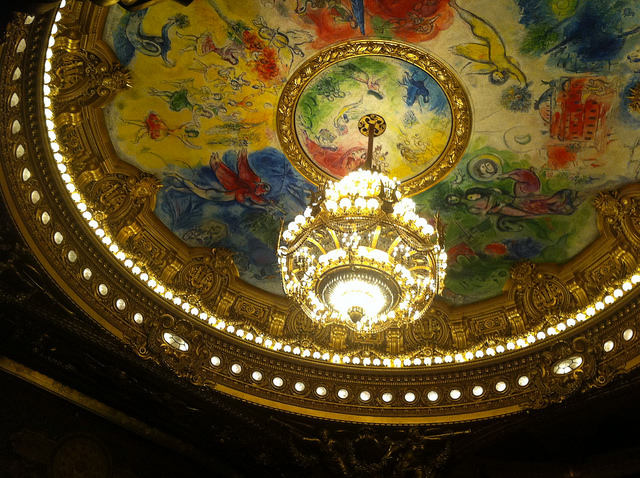 If you search online, there are still quite a number of tales about the opera house such as people fishing for trout and fireman swimming in the water tank. Our tour guide even told us there are bees on the roof of the opera house. According to him, a prop man brought some bees to the opera house with plans to bring them to the country after he finished his work.  A colleague suggested he keep them out of harms' way on the roof and to his surprise the bees thrived there. You can reportedly buy their honey at the boutique of the Palais Garnier or Fauchon. I am not sure what to believe, but I think a visit to the Palais Garnier is great fun for everyone. Given all the legends surrounding the opera house, families with school-age children might enjoy it even more with a guided tour.