I have visited a few natural history museums, so when I heard that there was one in Paris I wasn't dying to go see it (pun intended). Then we had some guests who went to the Muséum national d'Histoire natural, 57 Rue Cuvier, 75005. They showed me some of their photos and I was blown away. I decided to make the trek to the museum one afternoon and found that the Muséum actually consists of four galleries on the grounds of the Jardin des Plantes. I started at the Galerie de paléontologie et d’anatomie comparée (Gallery of Palaeontology and Comparative Anatomy) and found myself not only in awe of the vast array of species, but the French sense of style used to display the exhibits. I did not leave enough time that day to see the other galleries, so they are on the list. I would recommend leaving some extra time for a stroll around the Jardin des Plantes. As the main botanical garden in Paris, it has a nice variety of plants as well as a small zoo. Interestingly, I found that my kids really liked the small hike up the Labyrinthe just off of rue Geoffroy-Saint-Hilaire on the west side of the park.

P.S. The whole family enjoyed the unique (and healthy) homemade pasta dishes from the nearby Jardin des Pâtes after our visit to the park. 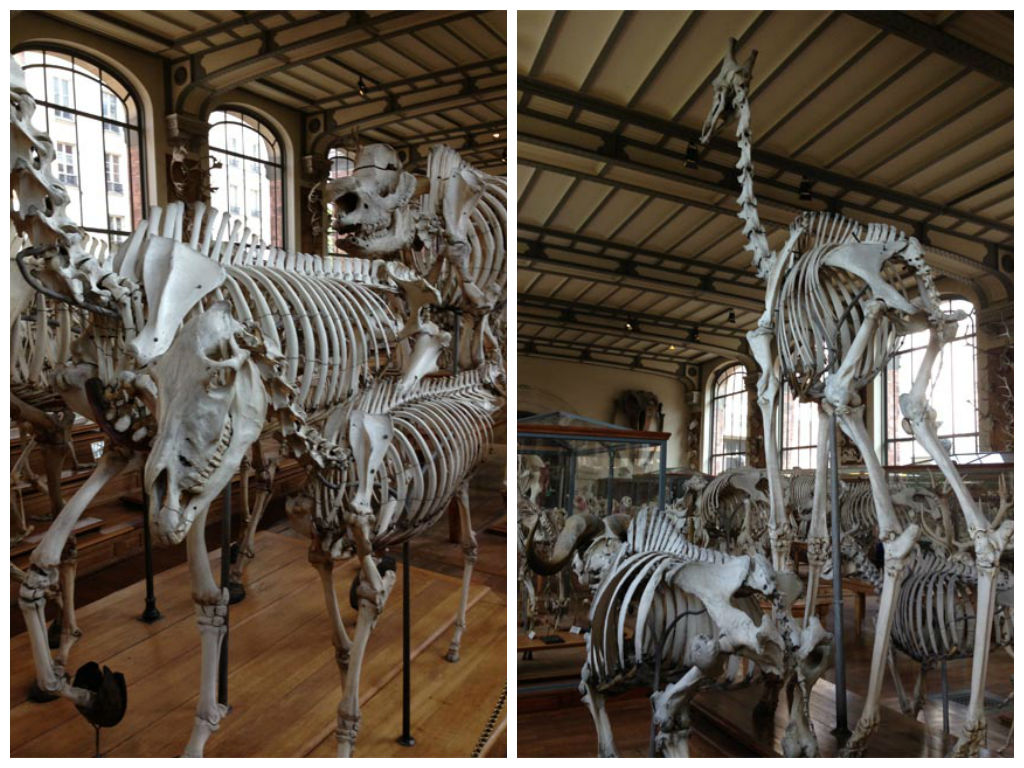