When I am up in the 18th arrondissement, I try to pop into spree (16 rue la vieuville, 75018). Spree is a clothing boutique that was founded by Roberta Oprandi and Bruno Hadjadj in 2000. It has a number of well-known clothing lines including the beloved French designer, Isabel Marant as well as up-and-coming fashion designers such as Cédric Charlier. Oprandi and Hadjadj also have their own line not surprisingly called spree.  I have two pairs of the spree patent ballet flats and found them to be incredibly comfortable.

But this boutique is much more than just a clothing store. Oprandi and Hadjadj call their store a "boutique galerie".  And I couldn't agree more with their description. It truly is a design gallery with not only clothing, but art, furniture and home décor. The front of the store serves as the main gallery space with rotating art installations intermixed with selected clothing from the current season (see photo below).

When I was confirming my facts about spree, I found out that Galerie spree (11 rue Lavieuville 75018)  is just across the way from spree.  Galerie spree is an extension of spree with contemporary art and design pieces.  I had noticed the building (see photo below) that Galerie spree is housed in with its distinct facade (reportedly designed by Le Corbusier), but I had never ventured into the space.  I am definitely adding Galerie spree to my list for next time I am in Paris.

P.S. I just discovered that Bruno Hadjadj is also the founder of cutlog, a contemporary art fair that takes place in Paris and NYC. The show will have a selection of newer artists as well as under the radar galleries. Sounds intriguing to me! The Paris show is scheduled for October 23 - October 26, 2014 at L’Atelier Richelieu, a chic looking hôtel particulier from the 17th century in the 2nd arrondissement. 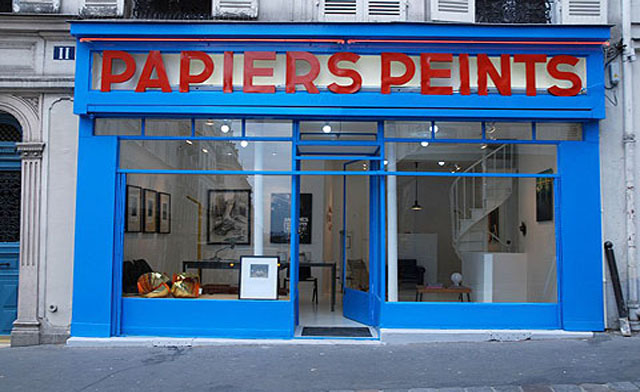